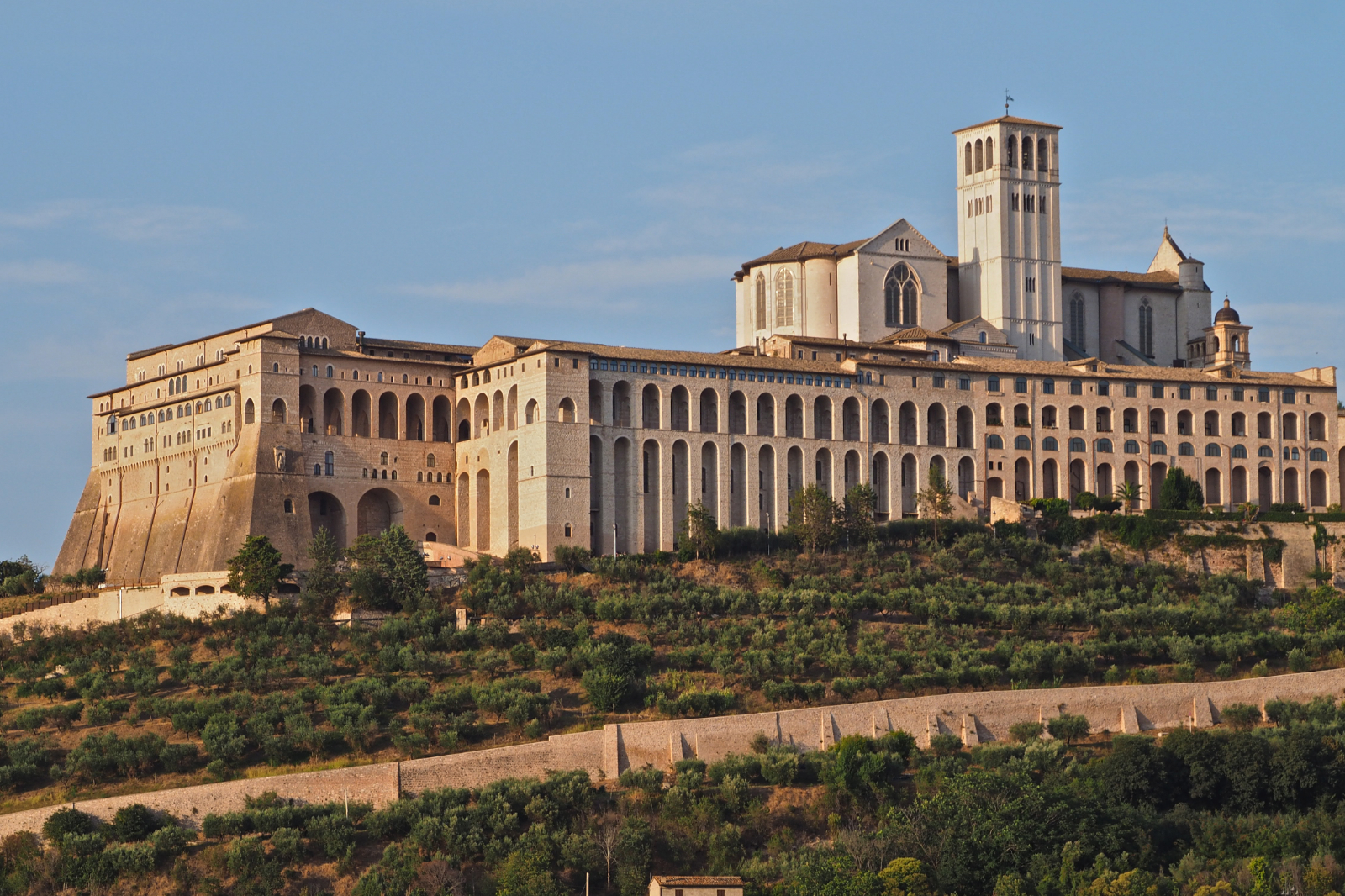 A town of 30,000 people and a history dating back the Neolithic. Assisi is a world-renowned town.

It has been under Roman, Byzantine, Lombard rule as well as a free city. Between 1181 and 1182, it was the birthplace of Francis – son of Pietro di Bernardone and Madonna Pica – the future saint who, with his deeds, left his mark on the area and on humanity.

Sacked by Piccinino in 1442, it was divided into noble factions between the so-called upper part and lower part and in the 6th century passed under the rule of the Papal States.

Today the town is not just a centre of Christianity, but represents an important crossroads for religious ecumenism. The Basilica of St. Francis has become a papal see.

St. Francis’ Wood (Bosco di San Francesco) is the last stop on the route of the Olive Belt Trails. 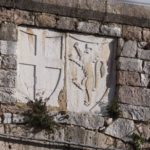 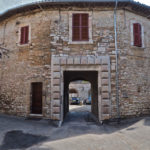 Amphitheatre
AMPHITHEATRE Built in the borough of Porta Perlici, outside the Roman city walls of Assisi, little remains of the old structure: an arch of travertine wedges. Dating back to the first half of the 1st century AD, it included two rows of cement steps, partLeggi di più 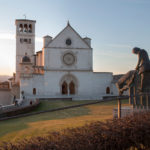 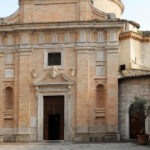 New Church of Assisi
New Church of Assisi Erected in 1615 on the remains of a building thought to be the paternal house of St. Francis by order of Philip III, King of Spain. The layout of the building follows the rules of Baroque architecture. The brickwork facade isLeggi di più 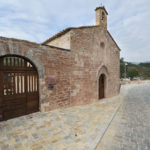 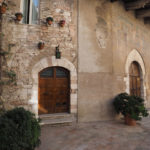 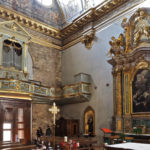 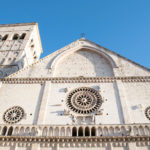 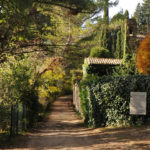 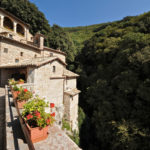 Eremo delle Carceri
Eremo delle Carceri In 1215, the Benedictines donated this place to St. Francis so that he would ‘imprison himself’ (from the Latin word “carceres”) in prayer in a solitary, isolated and secluded place. Eight hundred years later, this is still one of the symbols ofLeggi di più 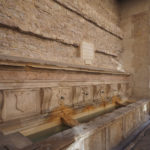 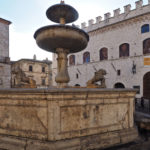 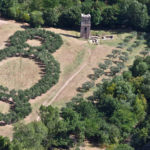 The Third Paradise by Pistoletto
The Third Paradise By Pistoletto An olive grove unique in the world with a surface area of ​​90 x 35 metres. A design with three circles recalling the infinity sign and consisting of two rows of olive trees, with a steel rod at the centreLeggi di più 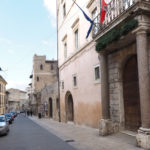 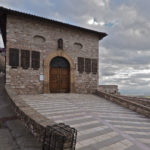 Pilgrim’s Hall
Pilgrim’s Hall The "Sala del Pellegrino" is a long building with a modest facade built in 1774 for use as a hospice and in 1918 it was turned into a concert hall and now recently into a conference venue. The facade features bronze plates commemoratingLeggi di più 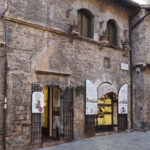 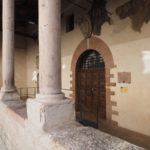 Monte Frumentario
Monte Frumentario This is the old hospital of Assisi and perhaps the oldest in Italy. The Palazzo del Monte Frumentario was built in 1267 outside the first Roman circle of walls, on the side at the bottom of the road that still leads to theLeggi di più 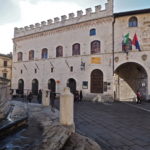 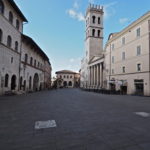 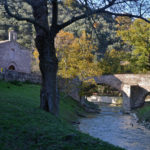 Il ponte dei Galli
Il Ponte dei Galli The bridge was documented in 1160 and 1193 in a deed of sale to the monastery of San Benedetto for a mill iuxta pontem Gallis. The current bridge is the result of renovation dating back to 1356-1357 that joined Assisi toLeggi di più 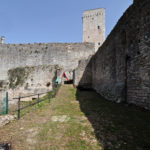 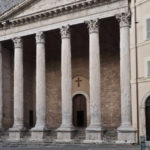 Temple of Minerva
Temple of Minerva Erected by order of brothers Gneo Cesio Tirone and Tito Cesio Prisco in the years immediately after the war with Perugia (40 BC), fought between Lucius Antonius and Octavian, who became emperor under the name of Augustus I. In the Middle Ages,Leggi di più 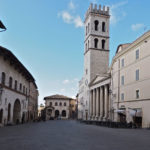 Torre del Popolo
Torre del Popolo The extremely tall building (47 m) of the Torre del Popolo stands next to the Temple of Minerva. It was built for the judiciary of the Captain of the People, documented in Assisi in 1267. Part of the building was completed inLeggi di più 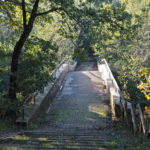