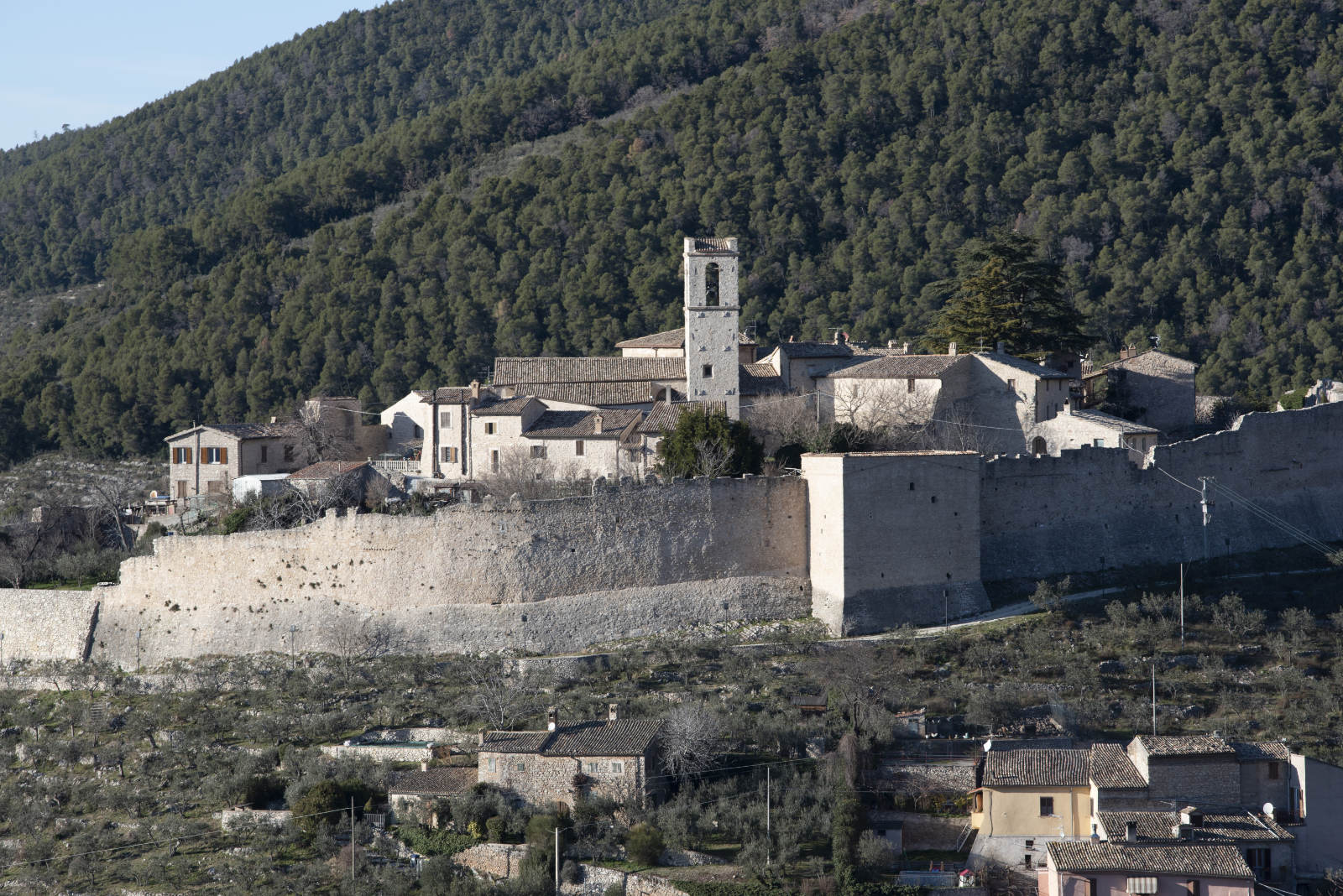 According to tradition, the castle was founded in the mid-10th century (921) by count Rovero of Champeaux, baron of Burgundy, who held lordship over it. This is thought to be the origin of the Campello family of counts and the name of the village. The counts of Campello ruled over these lands for about 400 years.

In 1247 Cardinal Capocci, papal legate, acknowledged Campello belonged to the Municipality of Spoleto. In 1341 it was attacked by Spoleto, plundered and destroyed, including the residence of the counts of Campello. Only with the peace treaty of 1347, count Paolo Campello renounced his claim to the castle in favour of Spoleto in exchange for exemption from payment of taxes.

In 1390 the counts of Campello surrendered their feudal rights over the castle to the local farmers. The castle remained part of the city of Spoleto up until the 18th century.
The Castle’s perimeter measures about 500 metres and still has the typical structure of hillock fortifications: the entrance gate, traces of the battlements and embrasures.

The moats around the walls are no longer visible. Those living in the castle were known as terrazzani. In general, it retains the typical layout of a medieval castle with the church at the centre, the town hall, the public oven and the village square (conventum ante ecclesia). 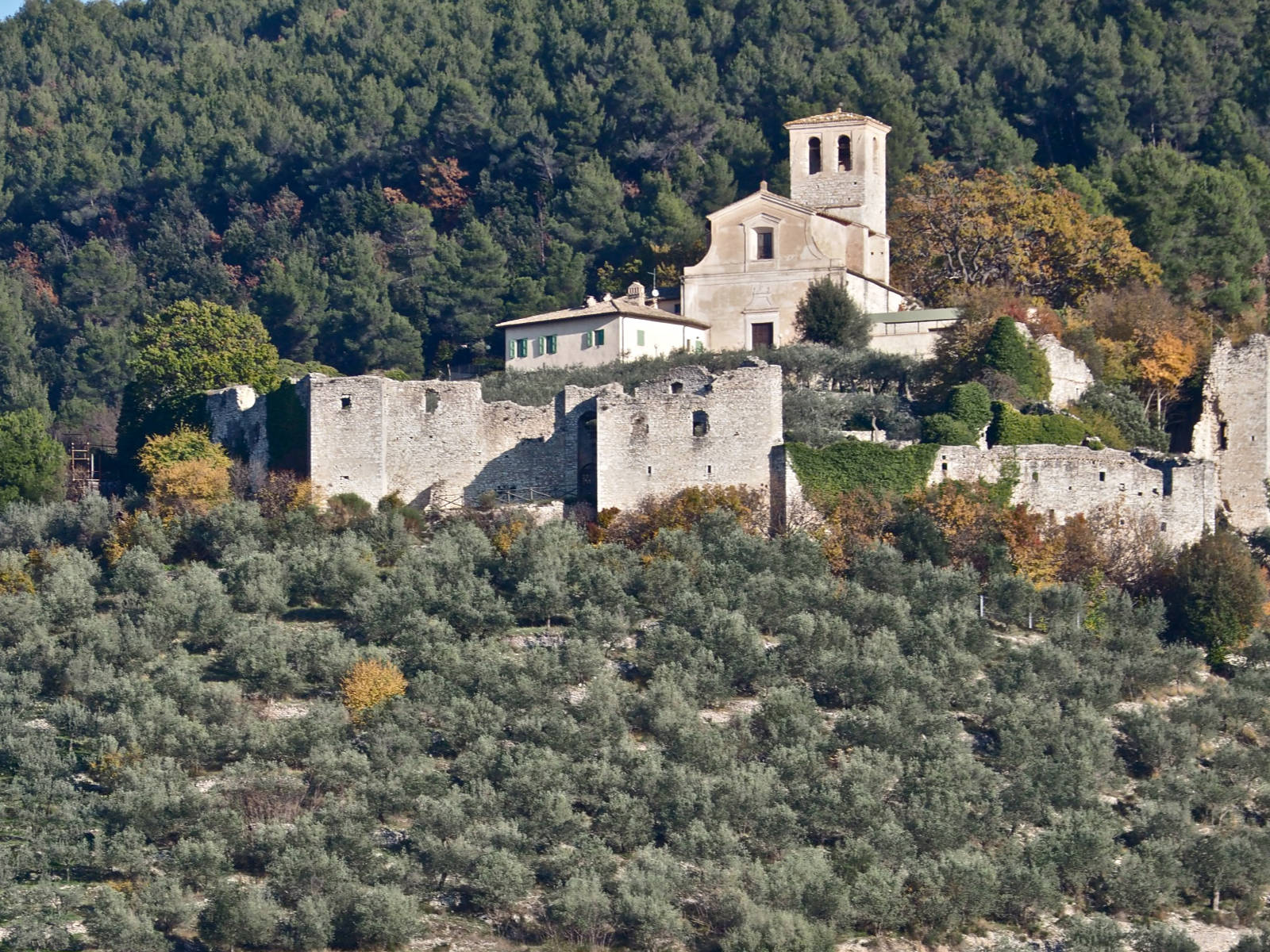 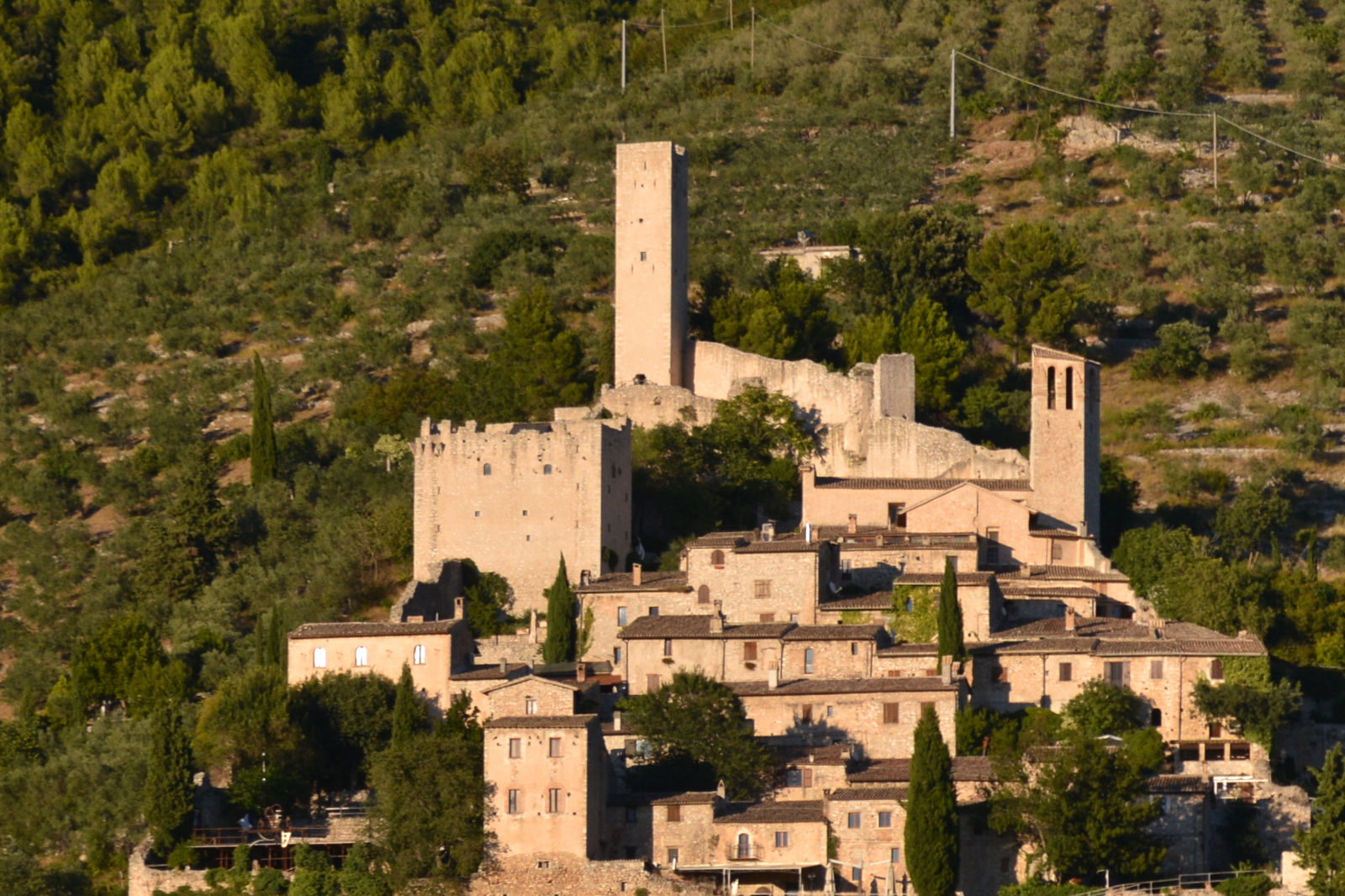