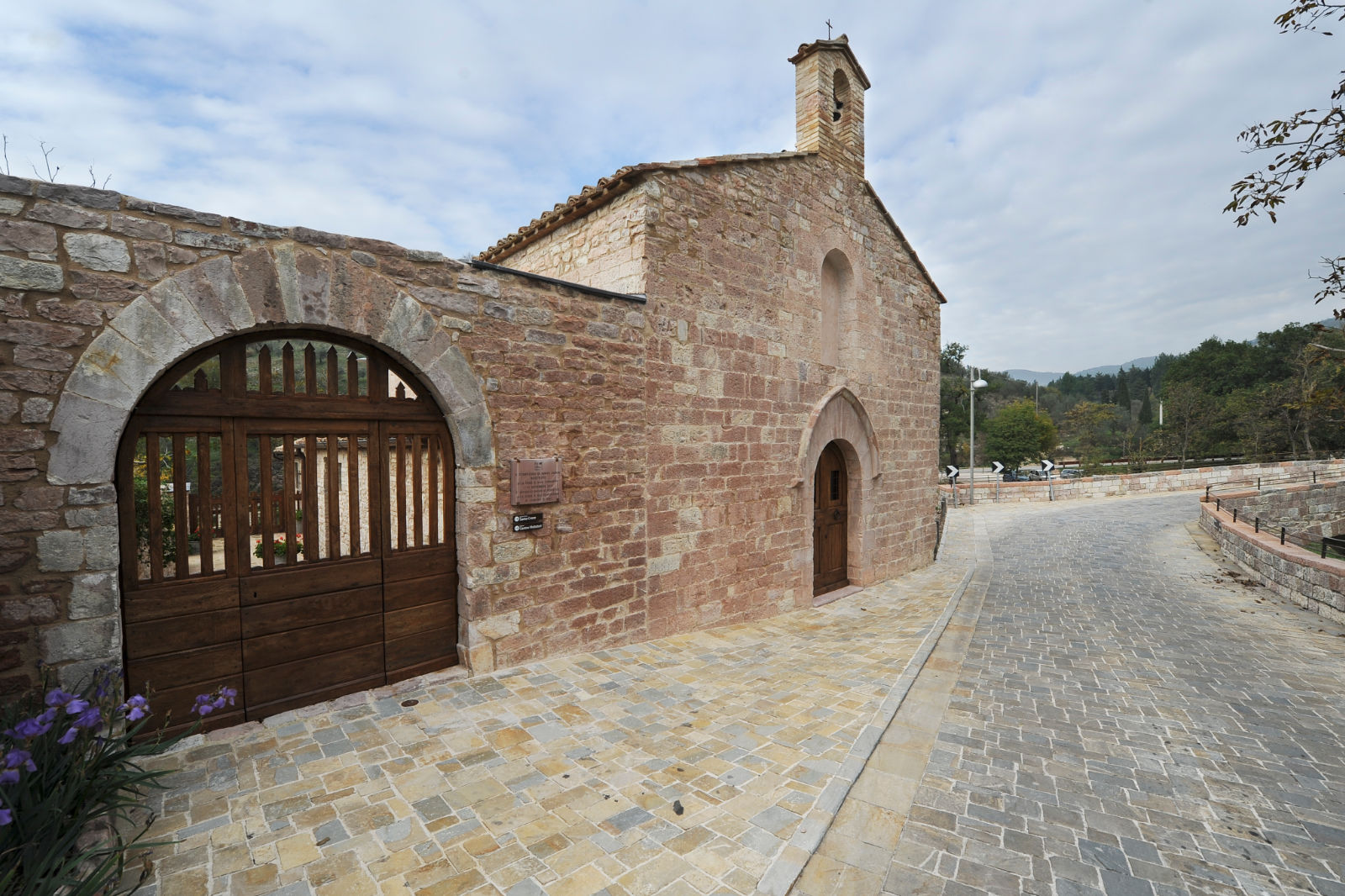 Built in Gothic-Romanesque style around the 13th century on the site of a monastery. It has a single nave with diaphragm arches. The church was modified in the 17th century following the collapse of the apsidal wall.

There is a 1643 fresco attributed to painter Gerolamo Marinelli from Assisi and depicting St. Helena and the Virgin Mary in adoration before the bare cross, a theme particularly dear to the Franciscan order. It was later turned into a barn and opened for worship again in 1945.

It was home to the headquarters of the Sorella Natura foundation for the protection of culture and environmental education, then restored by FAI, Italian environmental fund.

There are records of it since the 12th century. Since the 17th century, it had been owned by the Abbey of San Paolo, and known as the mill of the monks of San Paolo. The large room housed millstones used to grind grains and to press olives, as well as to grind acorns to make bread flour. It used the power of water harnessed upstream through a dam made of wood and brickwork.

At the back, there was the retaining wall for the loading tank called accolta or bottaccio. The traces of the masonry dam are still visible today on the river bed. Through a wooden conduit called doccia, the water operated the blades of the water wheel that operated the horizontal mill above. The water flowed into the channel with barrel vault that can still be seen in the mill. It was not used in summer due to the water shortage.

Nunneries were established in the area outside the city walls. Between the 13th and 14th century, control over the monastery passed from the monks to the Benedictine nuns. It was previously the seat of the Pontis Gallorum hospital, with the first record dating back to 1276. It then ceased to be used as such when the Benedictine nuns moved to town in 1382.

The monastery was surrounded by walls enclosing the houses and vegetable gardens. There are records of the Benedictine nunnery since the early 13th century. Life must have been harsh here, considering that it was abandoned in 1382 and the nuns moved inside the city. 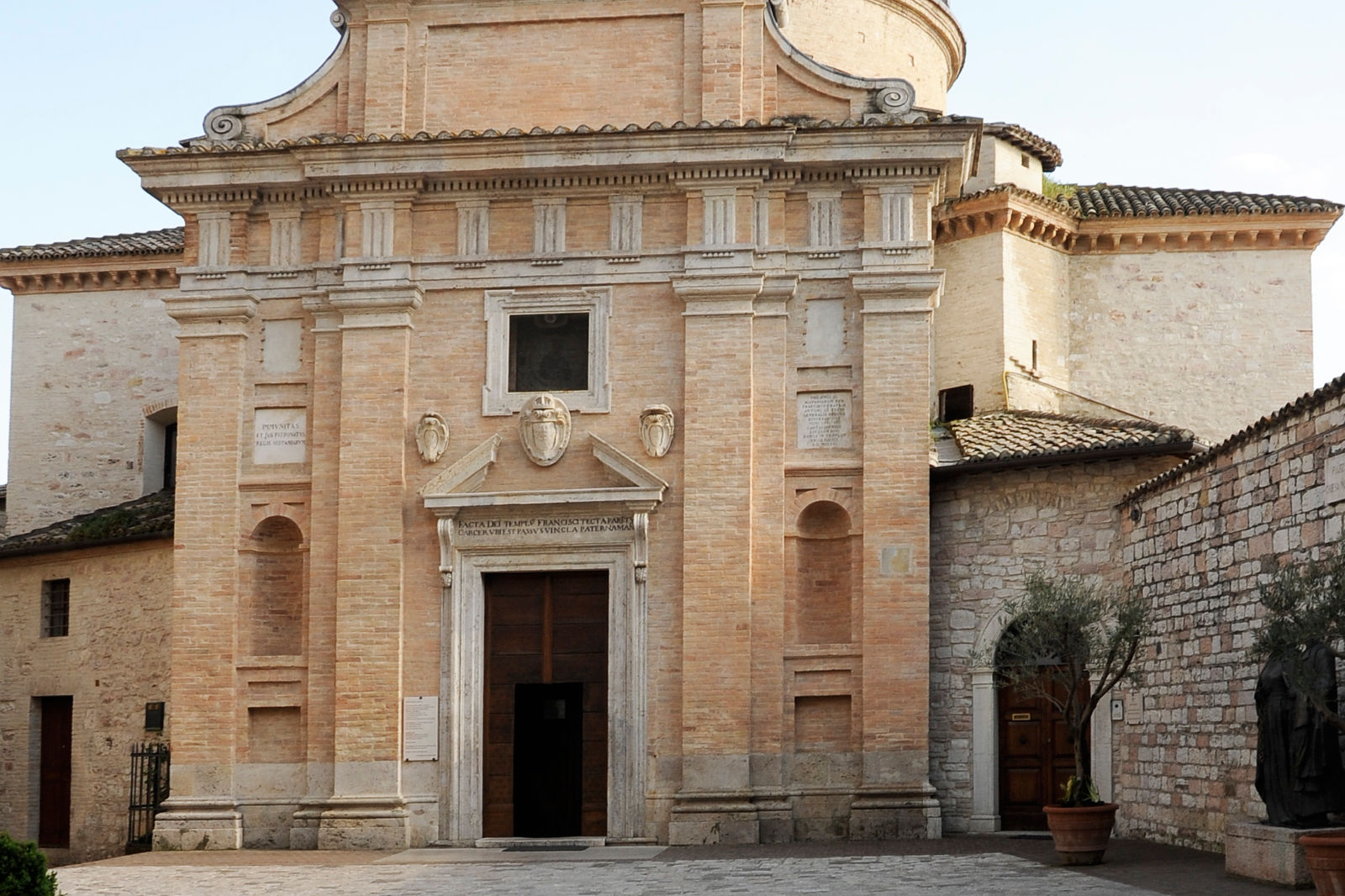