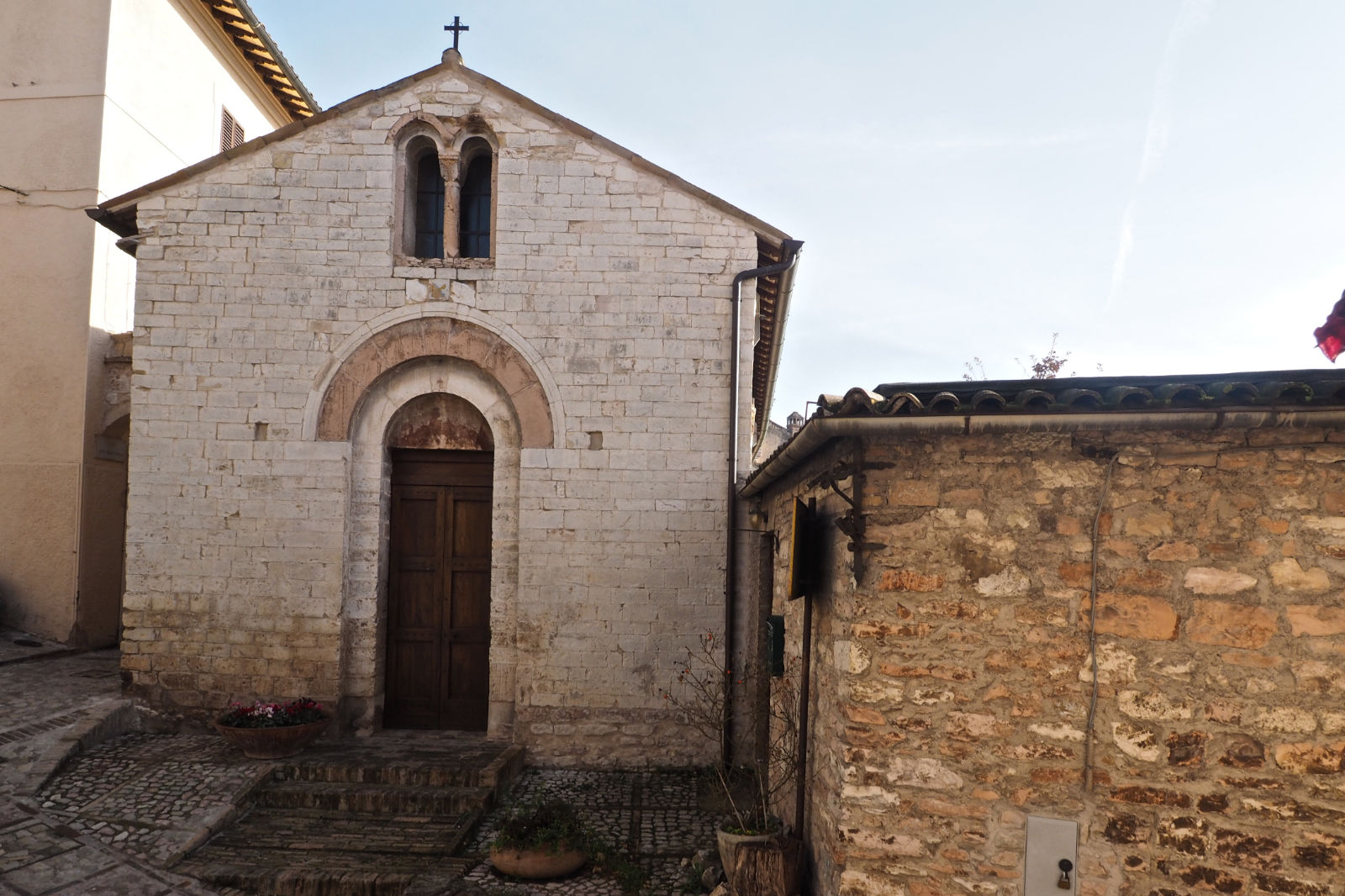 The facade, similar to the one of the church of San Claudio, ended with a bell-gable that was subsequently demolished and rebuilt in the apsidal area.

In 1561, the church and the benefice were transferred to the Chapter of St. Peter’s Basilica at the Vatican, which still had to appoint its Rector at the end of the 20th century.
In the 19th century, Monsignor Gaetano Franceschini (1778-1854) had a chantry for the worship of Our Lady of Sorrows built in the church of San Martino, which he had chosen as his burial site.

Near the church, three dowries consisting of 30 scudi each were assigned every year through a draw to as many unmarried and poor young women in Spello, up to the age of 25 and belonging to the parish of San Lorenzo (Dotalizio Franceschini).

The church has been closed for years now, except for some wedding ceremonies or, as currently held for the month, for an exhibition of local artists.

Moving down to the junction, the route continues along Via san Martino. In summer, this lane is decorated with countless flowers that everyone in Spello places in front of their house. This is a long-standing tradition and the Infiorata is one of the most important celebrations of the year. 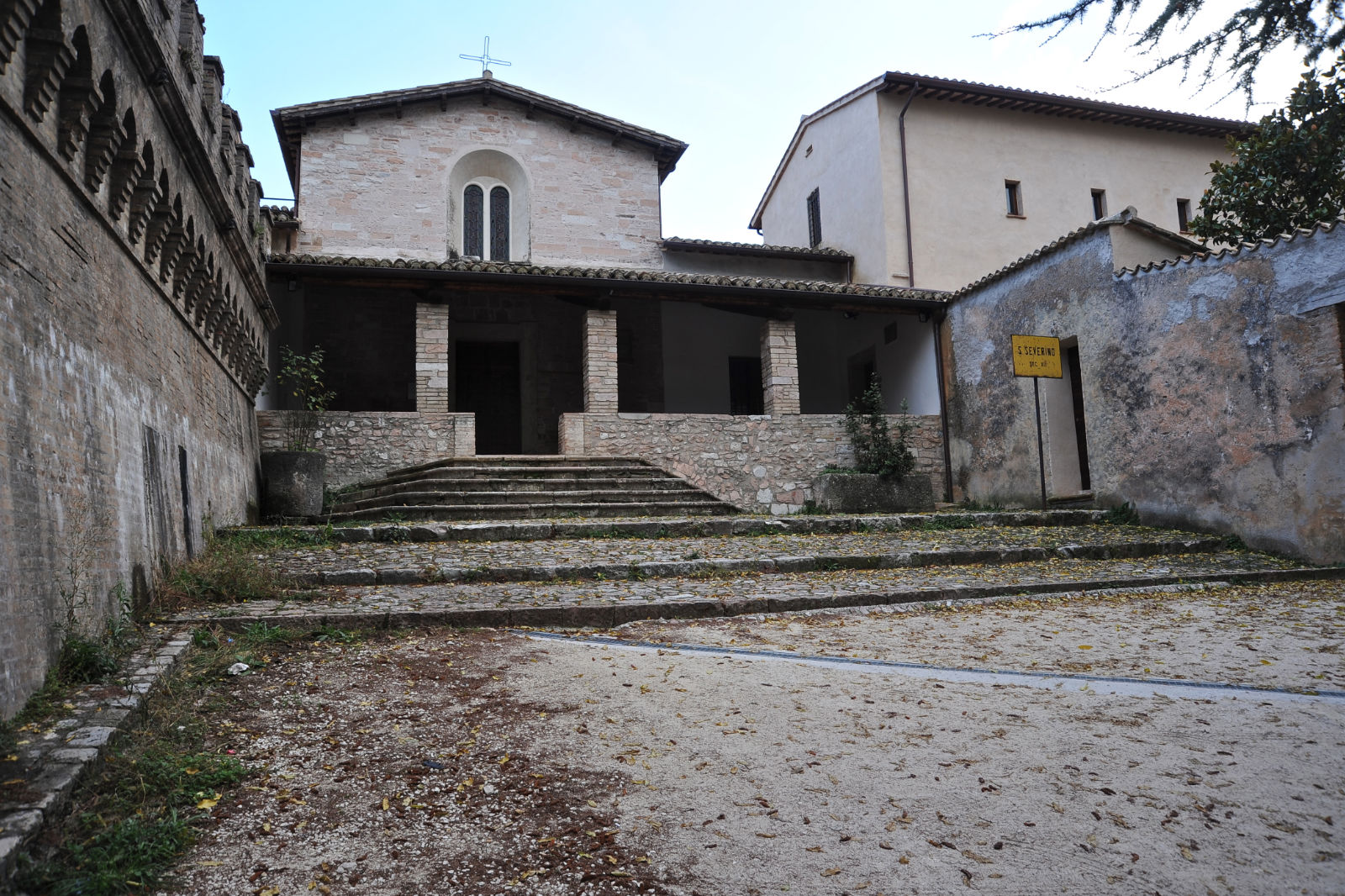 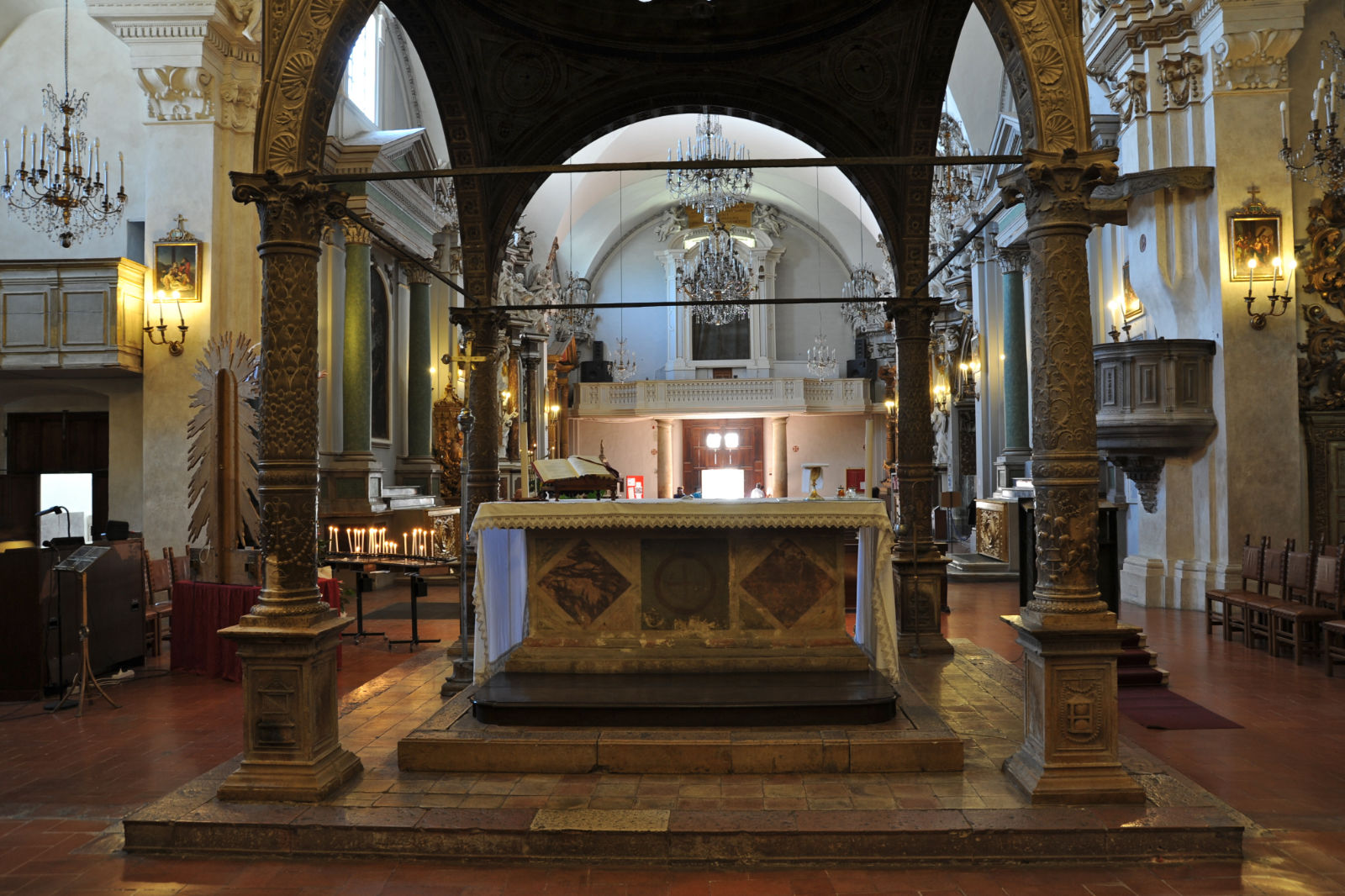