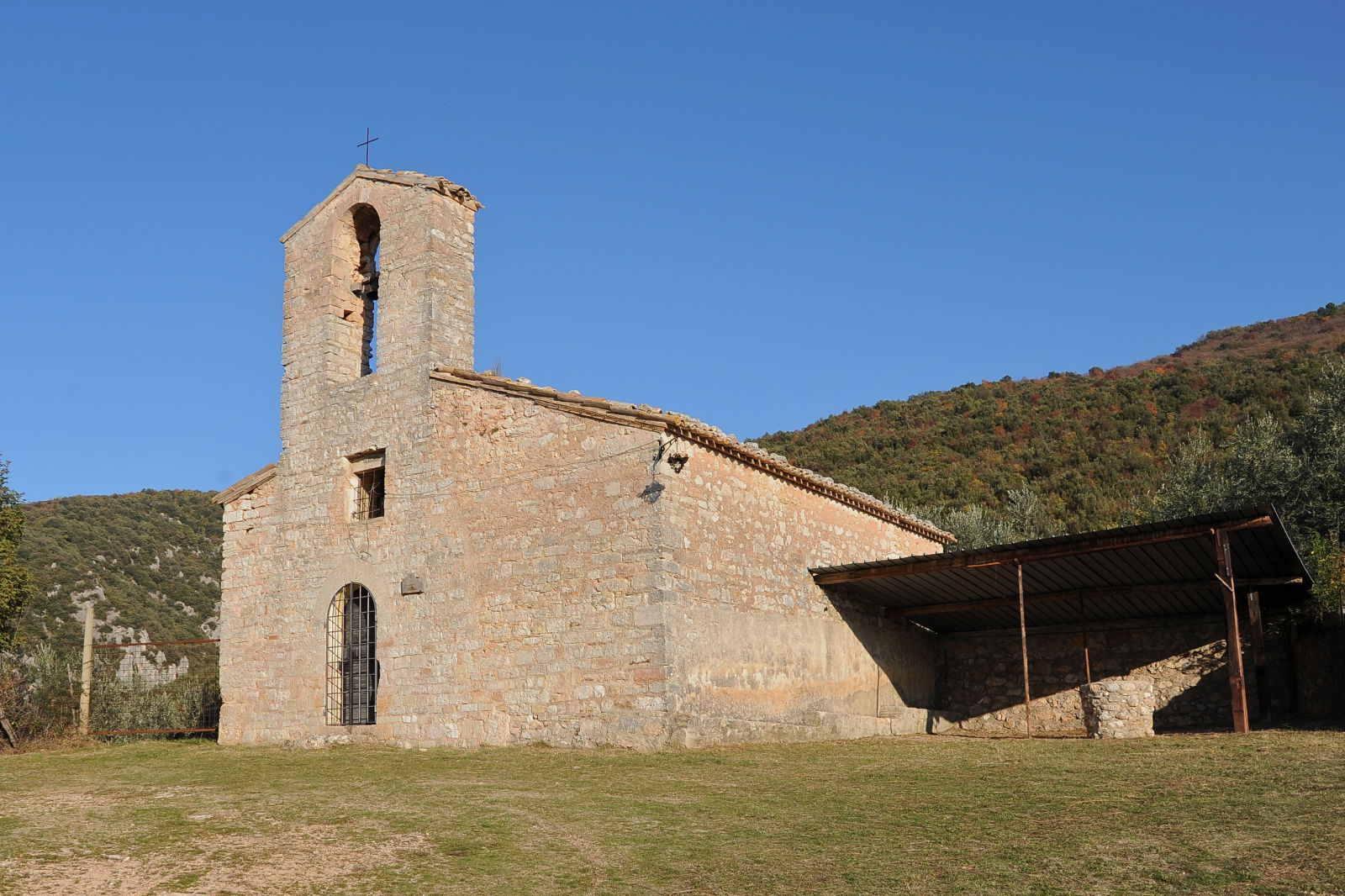 In the tiny hamlet of Le Corone, moving up the mountain, there is another example of a rural Romanesque church at 585 metres above sea level.

It was traditionally opened on the religious holiday dedicated to the saint, when the Holy Mass was also celebrated and a simple fete was held. It is now unfit for use due to the earthquake of 1997.

The step of the entrance door, with a semi-circular shape, is clearly made from a millstone, perhaps a broken or defective wheel from the relative quarry.

Its architectural design is similar to many other local ones, i.e. small bell-gable with a single barrel arch, the result of works carried out after the construction of the main structure.

The single-hall interior is characterised by a large apse occupying almost the entire back wall.

The Theft of Madonna With Child

Up until the 1950s, the church housed a magnificent panel painted in tempera by the Master of San Felice di Giano, who worked in the second half of the 13th century in central and southern Umbria.

Fortunately, following the theft, it was found as it was about to leave the border. It is now on display, perfectly restored, in the diocesan museum of Spoleto. It portrays Madonna with Child and, in the four corners, scenes from the passion of the Christ and the life of St. Martin.

The Temporary House Among The Olive Trees

From Le Corone, the road leads to the Treggena source and goes up among the olive groves of Mount Castiglione. This is a typical rural building built on sloping ground and making the most of this to have two entrances, at the lower and upper storey. Single sloping roof with chimney.

Under the stable with the manger made of stonework and wooden planks is the double niche used to place lamps or some tools. The wooden ceiling is made of bars and boards covered with bricks. 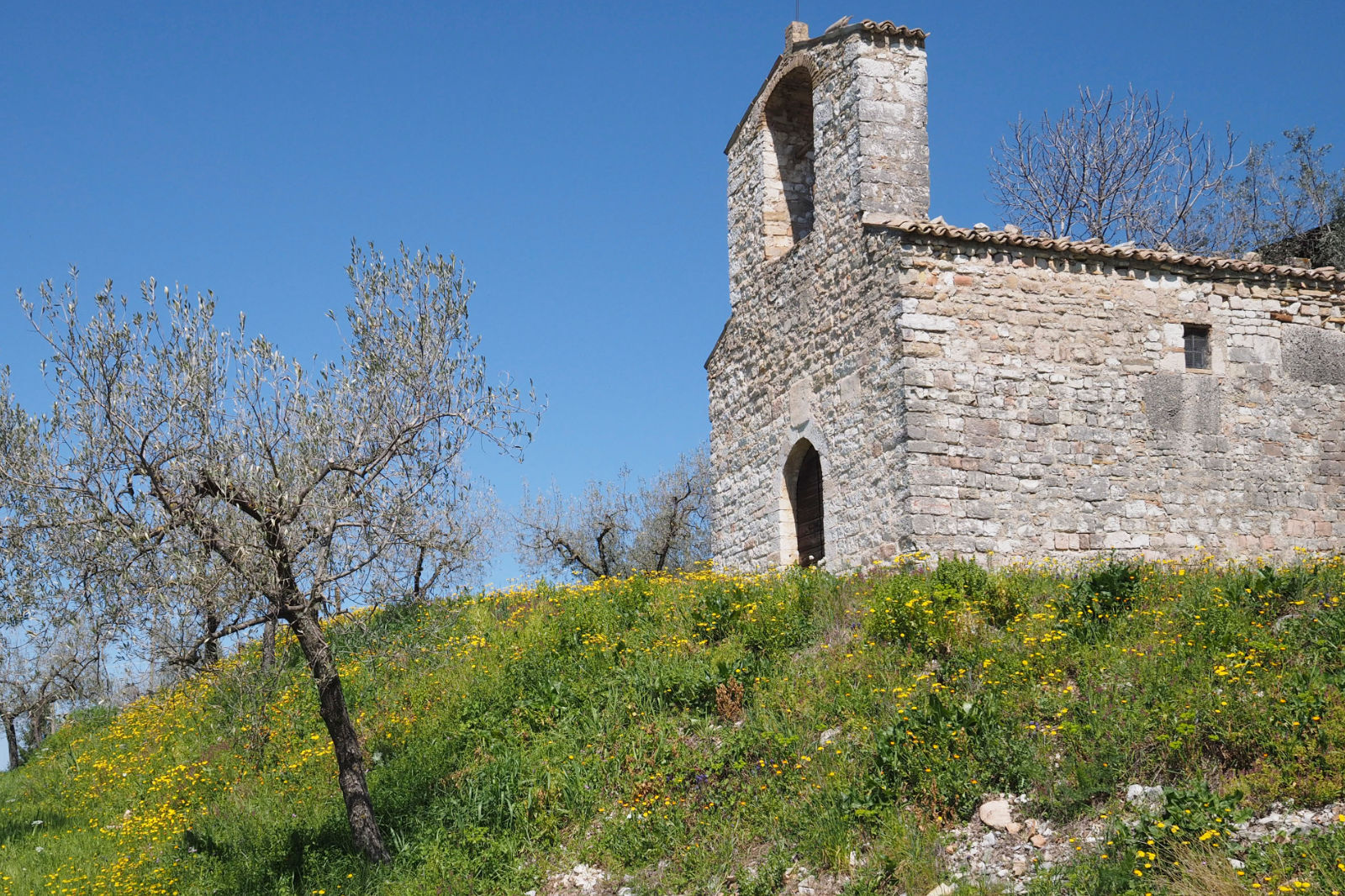 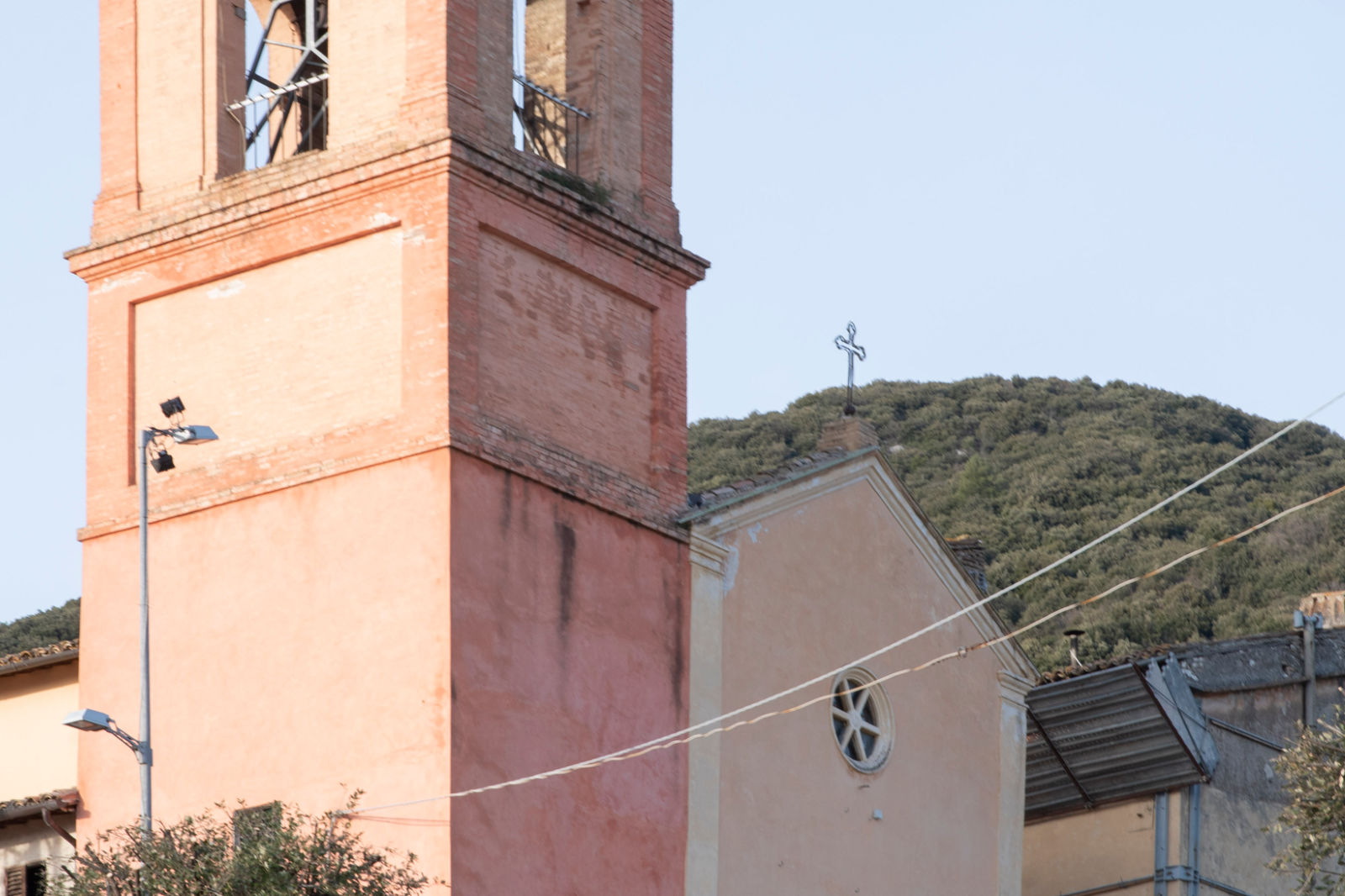