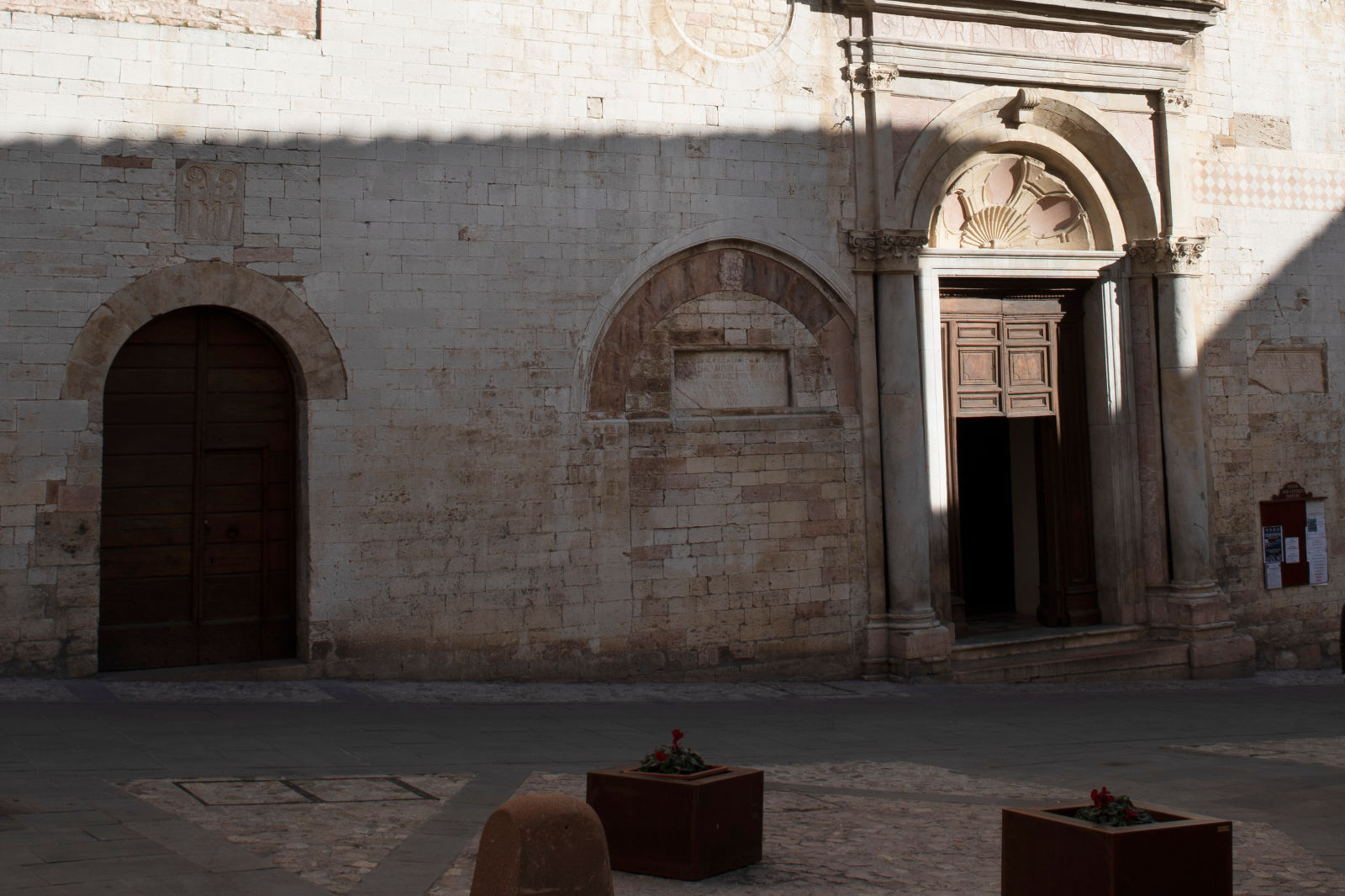 According to some sources, the works to build it started in 1127, when the people of Spello sought the protection of St. Lawrence Martyr.

The facade shows the whole history of this church: the walled loggia above the right edge of the portal dates back to the 12th century (when it was built), as does the frieze decorated with white and pink lozenges. The portal, the three rose windows and the cornice of the upper part were built in the 16th century, while the decorative elements above the left door date back to the 8th and 9th century.

Of the works held inside, it is worth noting the holy oil tabernacle by Flaminio Vacca, carried out between 1587 and 1600, probably based on a drawing by Piermarini, in the Sacrament chapel. 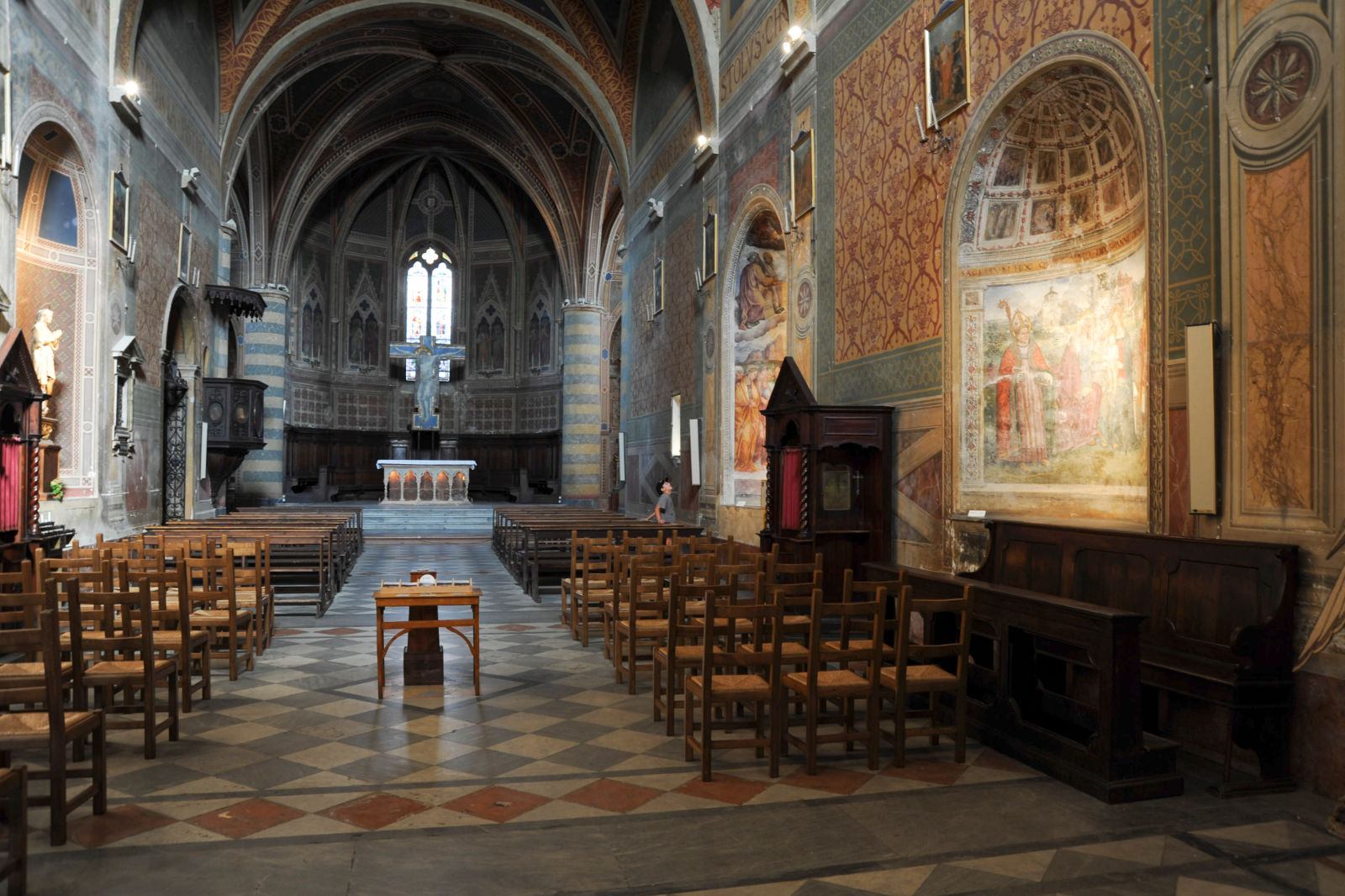 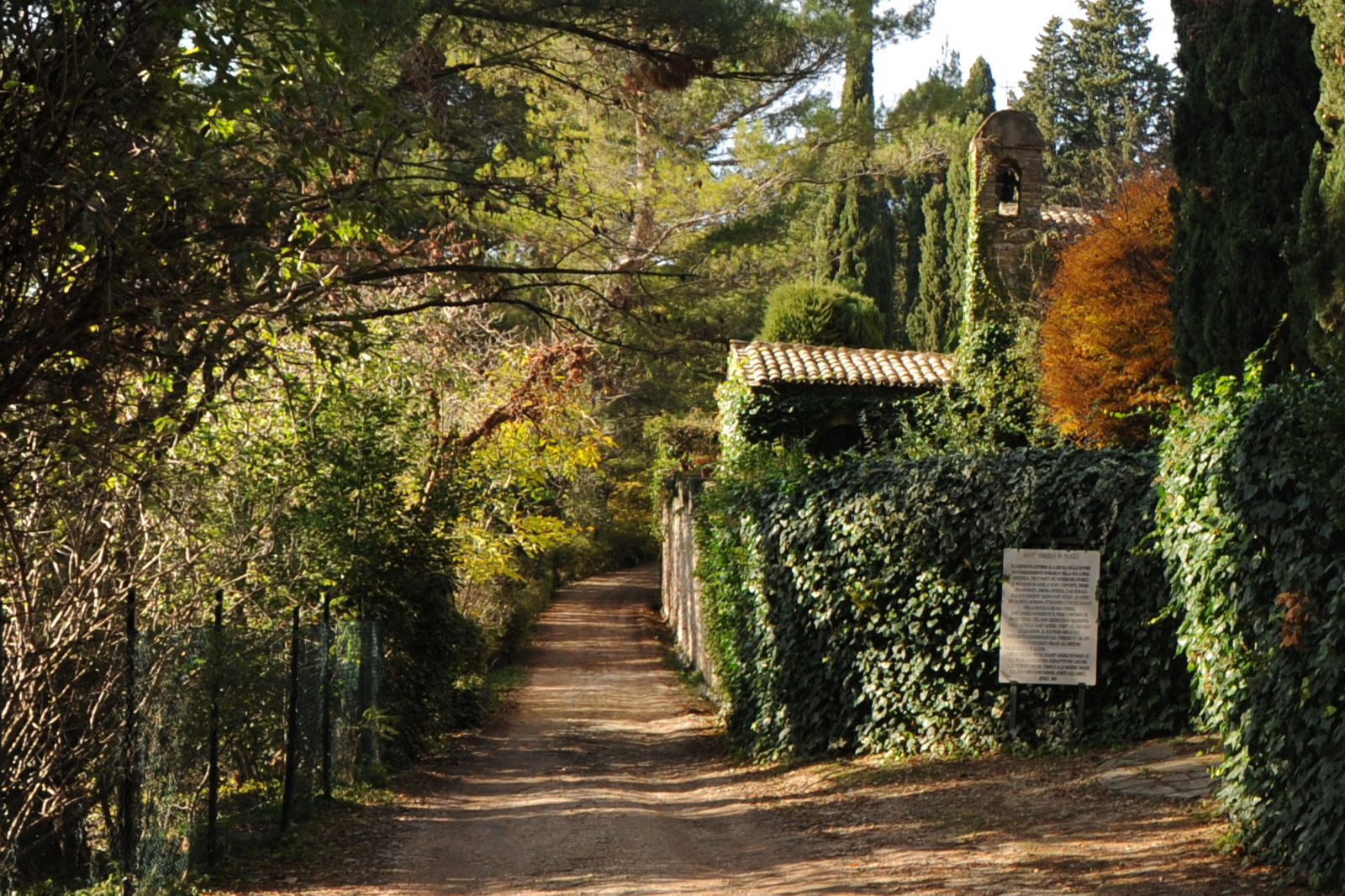