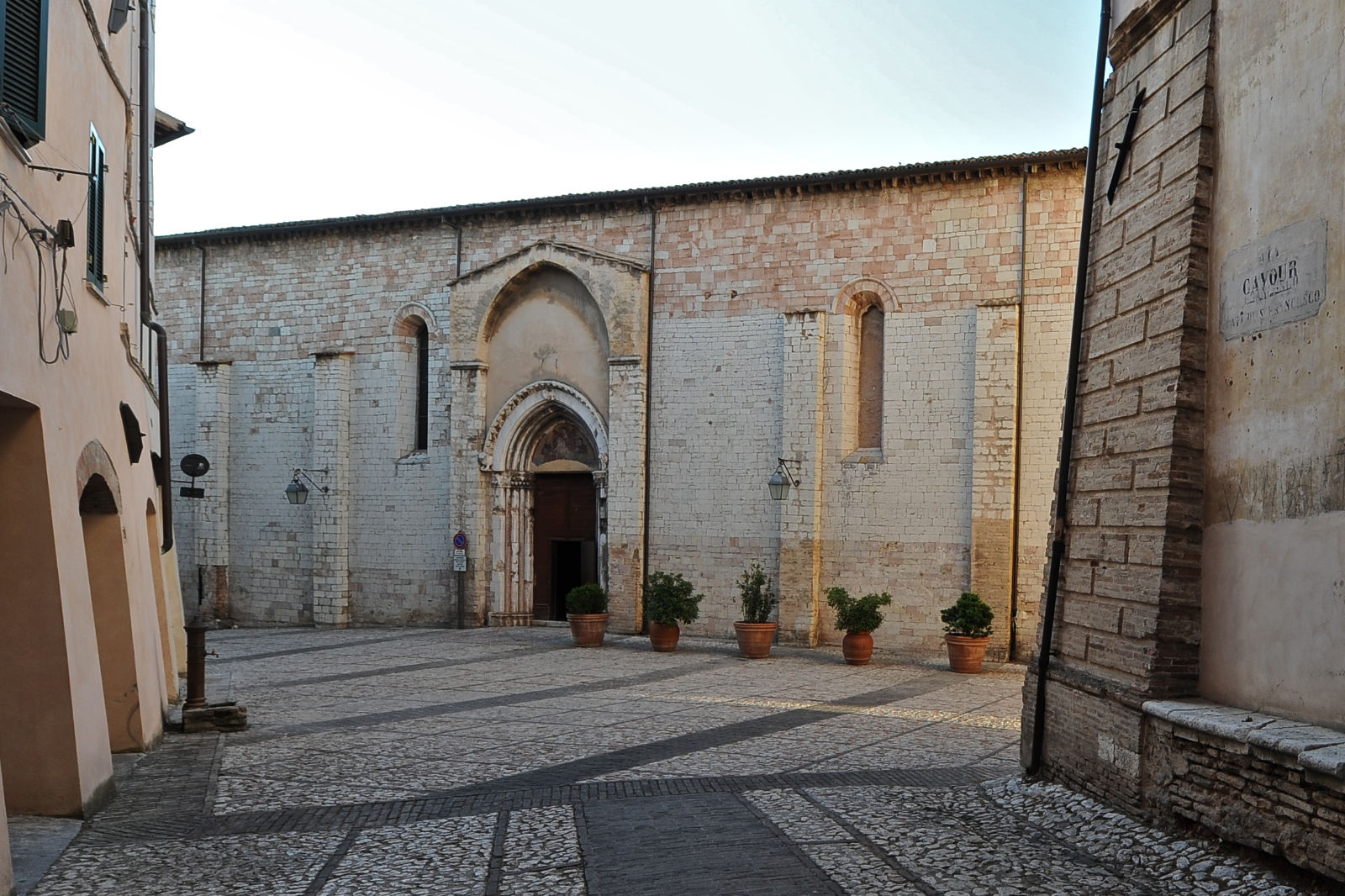 It features a very simple architectural layout, in line with the style of the mendicant orders: a single nave with a wooden trussed roof, central five-sided apse flanked by two chapels with a rectangular plan.

The church in Trevi repeats the same scheme as the Church of San Francesco in Montefalco dating back to the 1400s. Inside it has frescoes dating from the 14th and 15th century, except for one preserved on the left wall dated 1577.

“Very rare surviving specimen of the type that, in the Renaissance, was called a swallow’s nest organ.”

The instrument was commissioned by the friars of St. Francis to master Paolo Pietro di Palolo di Montefalco, as shown in the deed dated 22 September 1509 by the notary Pompeo di ser Nicola di Montefalco.
It was played for the first time for Christmas in 1509 and was repaired several times across the centuries. Initially in 1526, then again between the end of the 1800s and the early 1900s, when it was extended by Rodolfo Luna.

The organ currently has 37 five-rank pipes, the central ones with flattened ends, a 49-key chromatic keyboard, a 27-pedal chromatic pedal board, registers controlled by six knob rods, lantern bellows placed in the base with two pedal-operated bellows with suspended mechanical transmission. The oldest core of the pipes dates back to the first construction documented in 1509 and “it is the oldest existing pipe complex in Umbria and one of the oldest in existence”.
All the paintings date back to the 17th century. 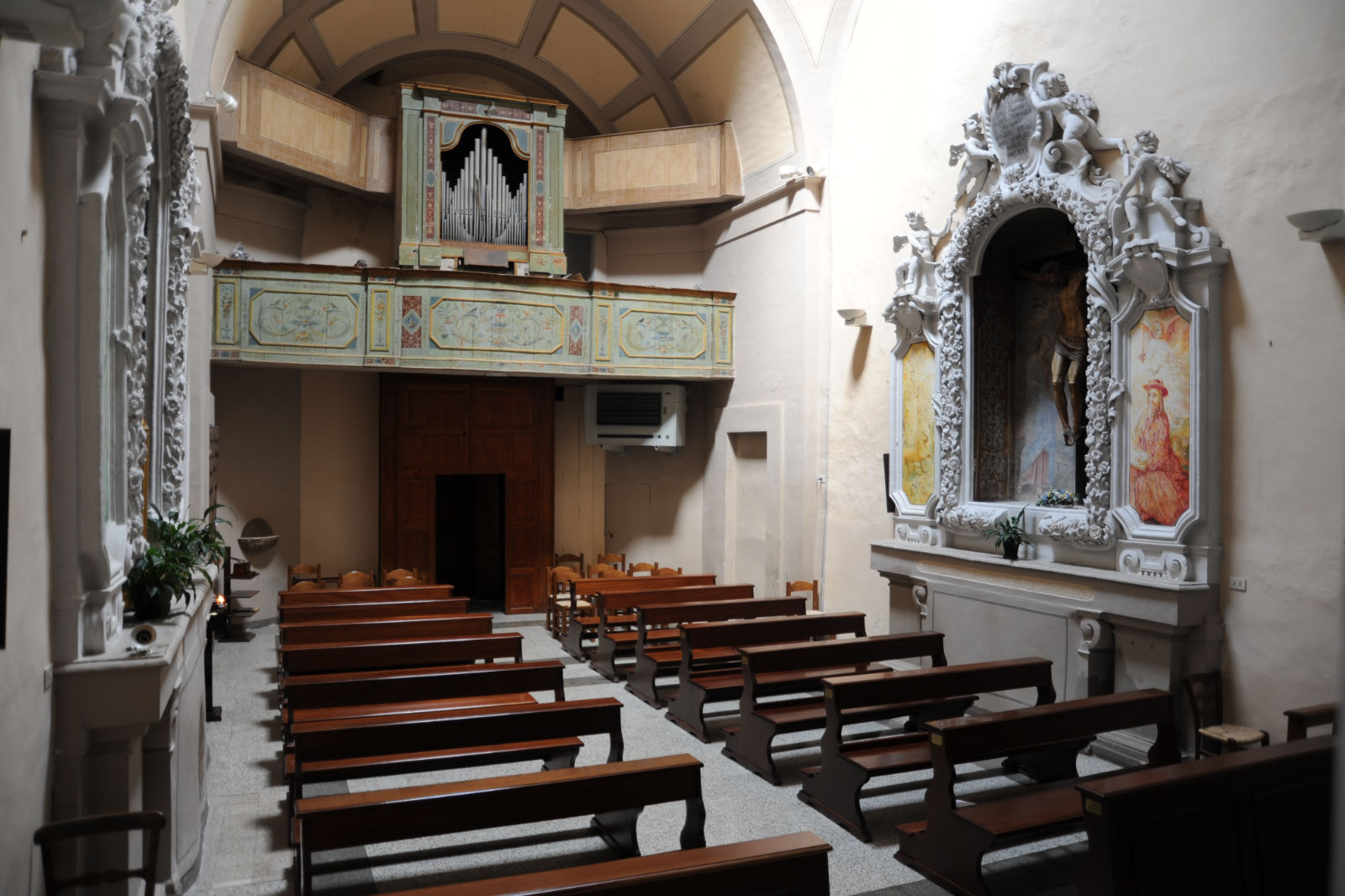 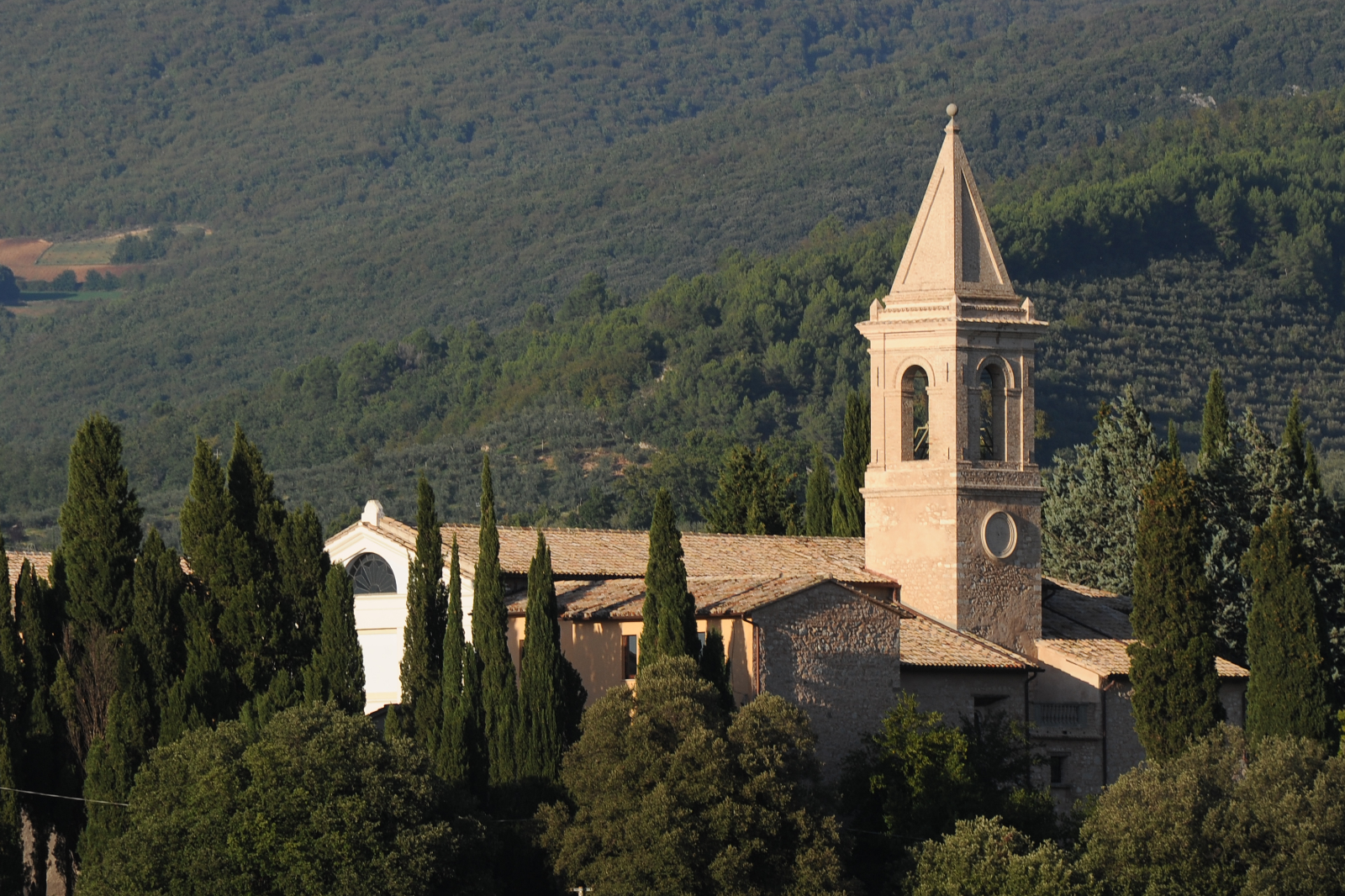