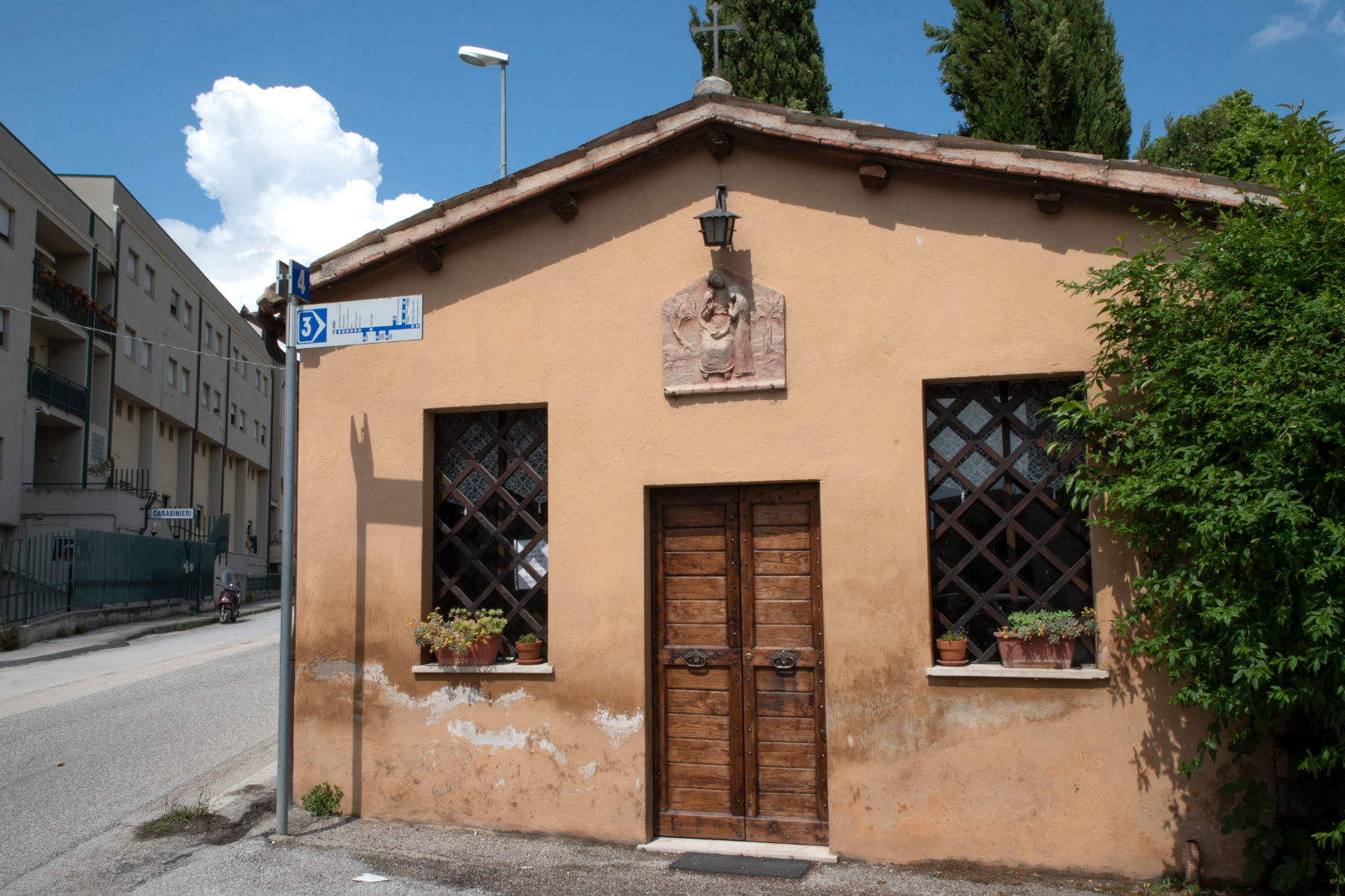 Chapel erected in the mid 15th century at the intersection between Via Flaminia and the town road for Belfiore. At the centre of the inner arch there is Madonna and Child, with two small putti on either side holding up a tapestry.
On the right, there is St. Anne, the mother of Mary and protector against plague, with St. Francis of Assisi next to her.
On the left, a saint, perhaps St. Joachim or St. Onuphrius. In the intrados, a blessing Jesus, St. Roch and St. Sebastian.
Outside, St. Nicholas of Bari, as a tribute to the church nearby devoted to the saint, and St. Anthony of Padua.
Paintings by Pierantonio Mezzastris, from the school of painters in Foligno.

At the beginning of the road to Belfiore, there is an industrial complex inaugurated in 1913 to supply beef to the military. Very active during World War I, it reached a production of 20,000 bottles of concentrated stock for soups and tomato purées, 250,000 tins of beef weighing 200g each.

With the end of the war, production dropped to the point that in 1920 they discontinued meat processing, which resumed in 1935. In the mid-1900s, the plant was abandoned and part of it was purchased by the Ministry of Post, which turned it into the National Centre of Materials and Printed Material, which is the part remaining along the road for Belfiore used to store NBC (Nuclear, Bacteriological, Chemical) Defence Materials.

After the earthquake in 1997, it was used to accommodate the movable works of art recovered from the churches in the surrounding area declared unfit for use due to the earthquake. 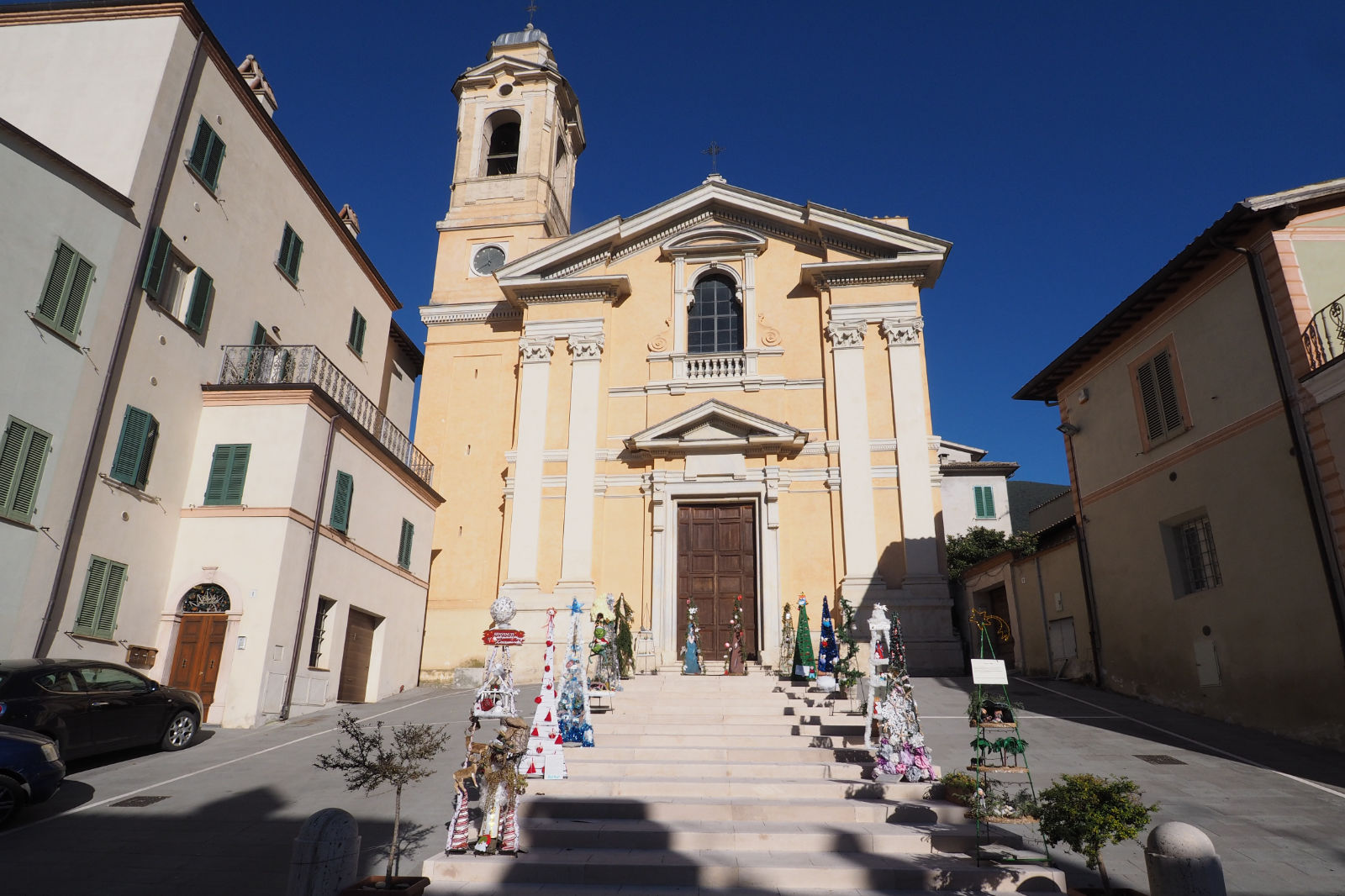 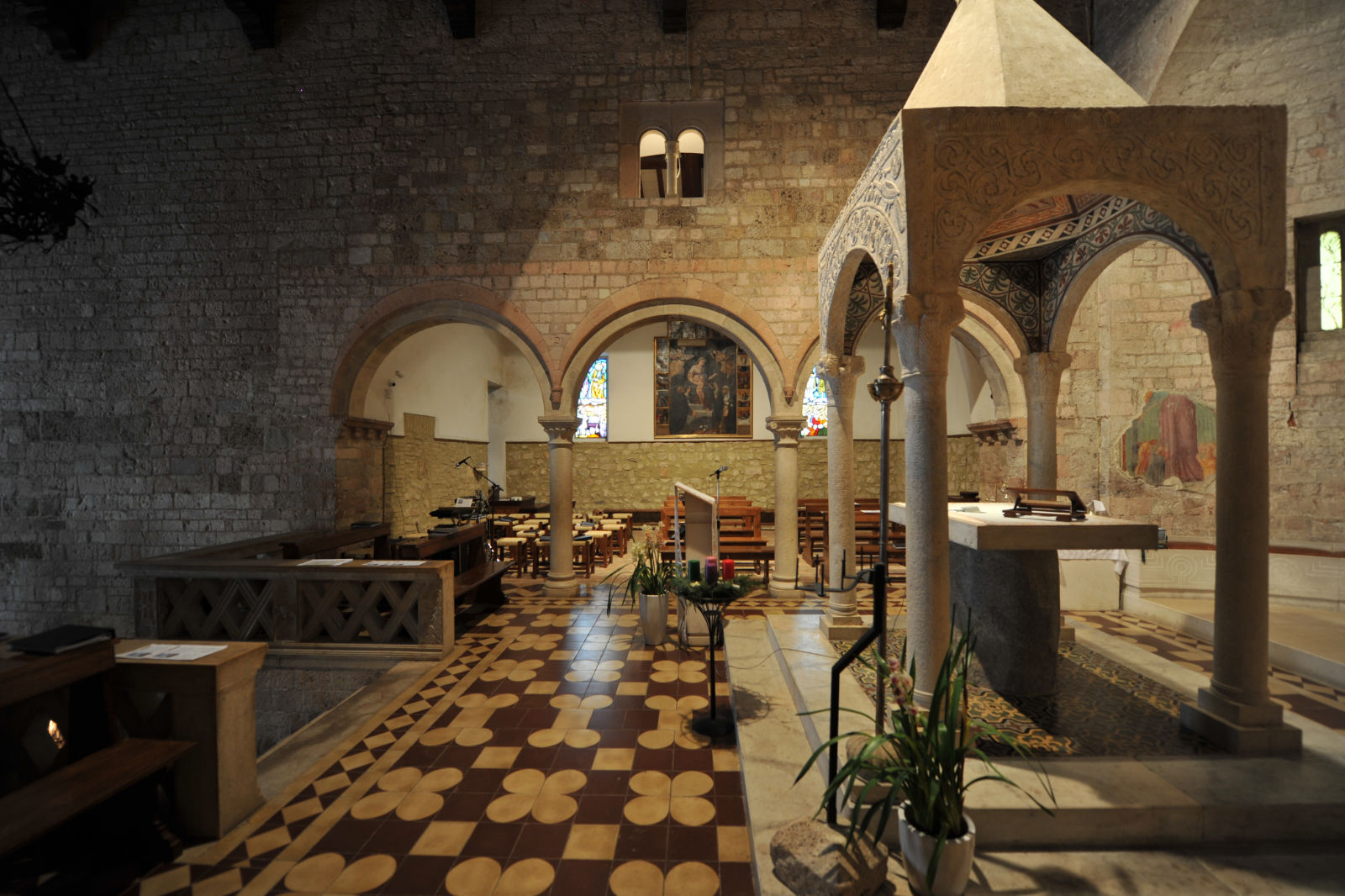